More than 140 countries worldwide—including all European countries—levy a Value-Added Tax (VAT) on purchases for consumption. As today’s tax map shows, although harmonized to some extent by the European Union (EU), EU member states’ VAT rates vary across countries.

The VAT is a consumption tax assessed on the value added to goods and services. The final VAT levied on a good or service is the sum of the VAT paid at each production stage. While VAT-registered businesses can deduct all the tax already paid in the preceding production stages, the end consumer does not receive a credit for the VAT paid, making it a tax on final consumption. 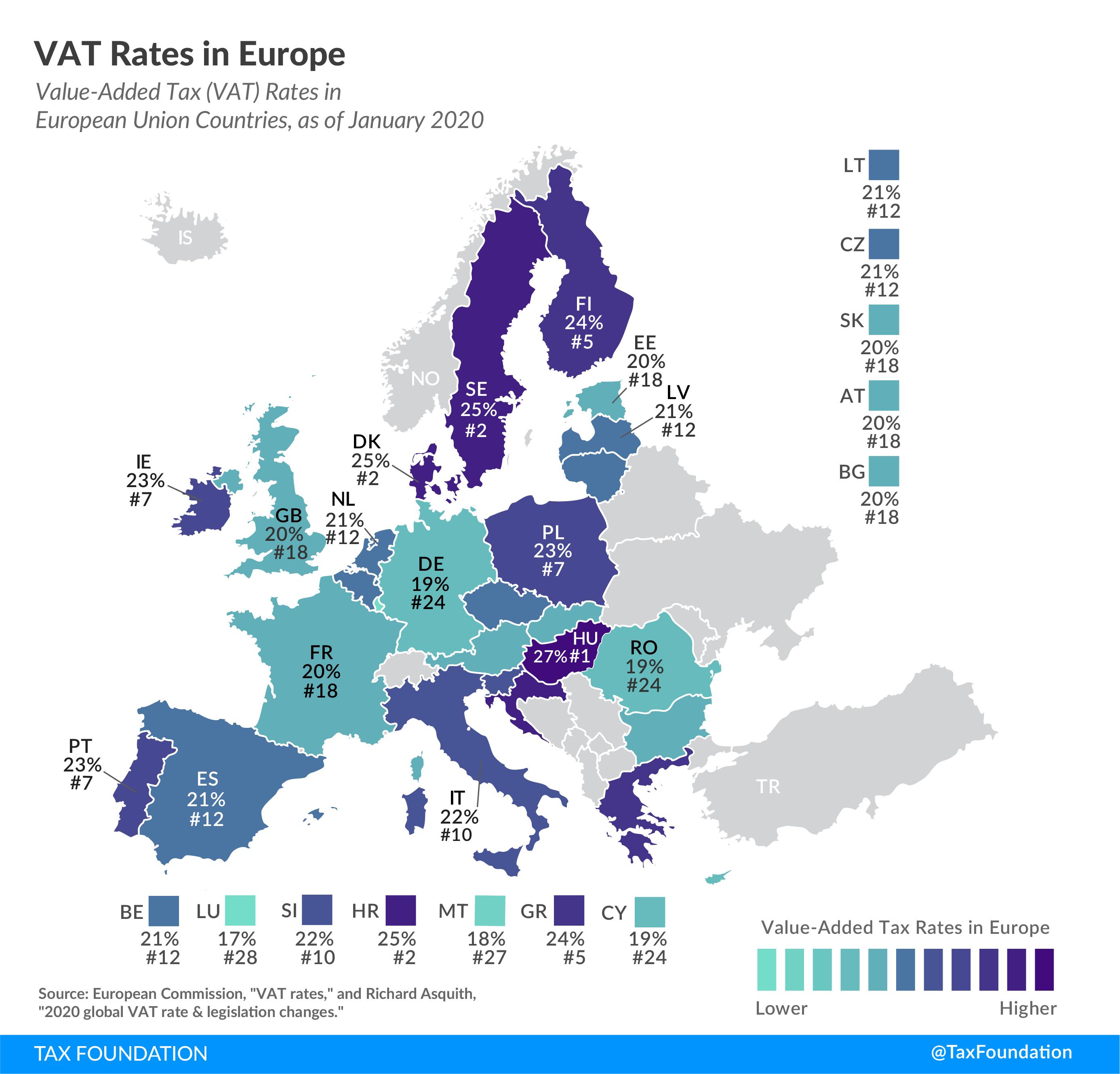 Generally, consumption taxes are an economically efficient way of raising tax revenue. To minimize economic distortions, there is ideally only one standard rate that is levied on all final consumption, with as few exemptions as possible. However, EU countries levy reduced rates and exempt certain goods and services from VAT.

One of the main reasons for reduced VAT rates and VAT exempted goods/services is the promotion of equity, as lower-income households tend to spend a larger share of income on goods and services such as food and public transport. Other reasons include encouraging the consumption of “merit goods” (e.g., books), promoting local services (e.g., tourism), and correcting externalities (e.g., clean power).

However, an OECD study has found that reduced VAT rates and VAT exemptions are not effective in achieving these policy goals and can even be regressive in some instances. Such reduced rates and exemptions can lead to higher administrative and compliance costs and can create economic distortions. To address equity concerns, the OECD instead recommends measures that directly aim at increasing poorer households’ real incomes.