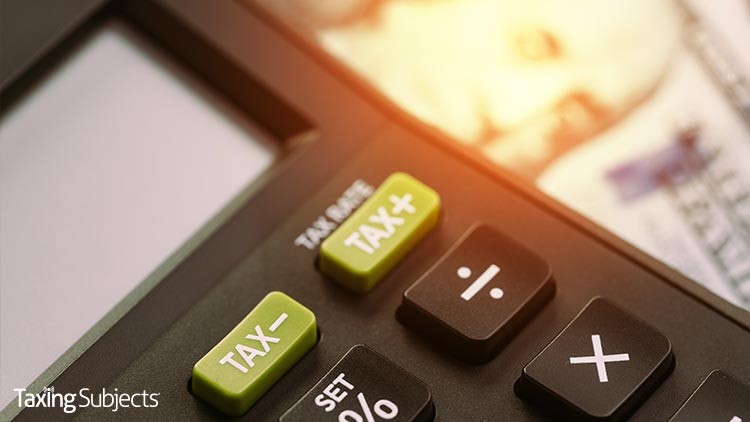 The Economic Impact Payment (EIP) program designed to ease the shock of halted employment during the coronavirus-related isolation period could experience some unexpected loopholes.Jared Walczak of the Tax Foundation, one of the nation’s top tax policy centers, says that he found six states that could wind up taxing at least some of their citizens’ EIPs.

The payments are authorized by the recently passed Coronavirus Aid, Relief, and Economic Security Act (called the CARES Act), which grants up to $1,200 to each adult individual who qualifies and up to $2,400 for those married couples filing jointly. In addition, there’s an additional $500 for each qualifying child under 17. All this phases out for higher wage earners.

While it sounds simply like free money, it’s actually designed as a refundable tax credit: The payments don’t qualify as taxable income on the state or federal levels. That is, unless the taxpayers live in Alabama, Iowa, Louisiana, Missouri, Montana, or Oregon.

Walczak says a little explanation is in order, and we agree.

“Technically, these rebates are a refundable tax credit for tax year 2020 (the tax return you file in April 2021). However, they are being paid out in advance based on your most recently filed tax returns (2018 or 2019 tax year) to get them to you immediately. It is not an advance on any existing credit, or on your 2020 tax refund; it’s a new credit, tied to 2020 taxes, being paid out in advance,” Walczak writes.

At higher incomes, the credit phases out. If a taxpayer’s income is lower in tax year 2020 than it was in the tax year when the original EIP was calculated, they can claim the residual amount on their 2020 return.

In the same vein, families grow, so some people will have dependents to claim on their 2020 returns who weren’t around to be claimed previously. That entitles the taxpayer to a larger benefit. Again, Walczak writes, the difference can be claimed as a refundable credit in 2020.

Keep in mind nobody has to return any of these payments if they would have been entitled to less of a payment using a 2020 income figure versus income from 2018 or 2019 when the credit was figured.

When the Check Arrives

When a taxpayer gets their Economic Impact Payment, it doesn’t reduce how much the taxpayer owes in tax. It’s viewed as being a stand-alone payment, separate from the tax calculations. However, if the taxpayer has an additional amount to claim the following year, that leftover comes as a tax credit that does reduce their income tax liability for the 2020 tax year.

For the six states we mentioned, that’s when the going gets a little bumpy.

Each of those six, Walczak writes, offers a deduction for federal taxes paid—in varying degrees. When taxpayers figure their taxable income for state purposes, they subtract the amount they owe in federal taxes.

“This is already a peculiar policy, as it essentially turns state income taxes into the mirror image of the federal code: things that increase your tax liability at the federal level reduce your state income tax liability, and vice versa,” Walczak writes. “Taking a federal child tax credit, for instance, means that you pay more in state taxes. (You still benefit overall; the federal savings are larger than your additional state tax burden.)”

Besides, having more of their income fall into a higher federal income tax bracket lowers a taxpayer’s effective rate at the state level.

The Tax Foundation figures all six states would be in better shape if they raised the same amount of tax revenue with lower rates but no federal deduction.

Iowa and Missouri, Walczak writes, have taken steps in that direction; Iowa’s deduction goes away in a few years and Missouri now has its deduction phased out for upper incomes as part of a tax reform package.

But even with those recent steps, Walczak says those six states have an unforeseen consequence to deal with: any residual amount of the rebate their residents claim on their 2020 taxes will reduce their federal income tax liability—but also will increase the amount of tax they’ll pay to the state.

Do any of the six states actually intend to tax their taxpayers’ Economic Impact Payments? Walczak sees this as unlikely. But he thinks a better idea is to have state lawmakers specifically exempt EIPs from state tax. Then, he says, everybody can let the dust settle before a conversation can start on whether to allow federal deductibility at all on the state level.