States Should Be Allowed to Levy Sales Taxes on Internet Access

The Internet Tax Freedom Act (ITFA), enacted in 1998, was intended to protect the developing internet technology. ITFA, which prohibited states and localities from applying taxes on internet access or imposing discriminatory digital-only taxes, became permanent in 2016 but included a grandfather clause that allowed states with taxes existing before 1998 to keep that tax in place until June 30, 2020.

With this in mind, states should have the authority to levy a general sales tax on internet access. This would, according to the Congressional Research Service, enable states and localities to raise at least $6.5 billion a year—a figure likely to grow in the future. As states struggle with declining sales tax revenue and an explosion of expenses due to the coronavirus crisis, a sensible base-broadening measure like taxing internet access could help states raise meaningful revenue—and importantly, they could do so quickly.

Other provisions of the Permanent Internet Tax Freedom Act which prohibit discriminatory taxation on digital commerce, where similar offline activity is untaxed, have considerably more merit. Certainly, moreover, states should not impose excise taxes on internet access or online activity; such taxes would lack justification. But in addition to providing some much-needed revenue for states, allowing sales taxes on internet access is simply sound tax policy. A well-designed sales tax is levied on all final consumer goods and services while exempting all purchases made by businesses that will be used as inputs in the production process.

Most states that apply sales taxes have taxes designed for a goods-based economy, but the economy has changed. Today, goods only represent around a third of personal consumption, with services representing the other two-thirds. Consumer services do not deserve this preferential tax treatment; it is merely a result of outdated tax codes designed for a different economy. As it is, prohibition against taxing internet services distorts the market. For instance, states and localities can tax the part of the phone plan that allows consumers to make phone calls, but they are barred from taxing the part of the plan that allows consumers to make data calls. 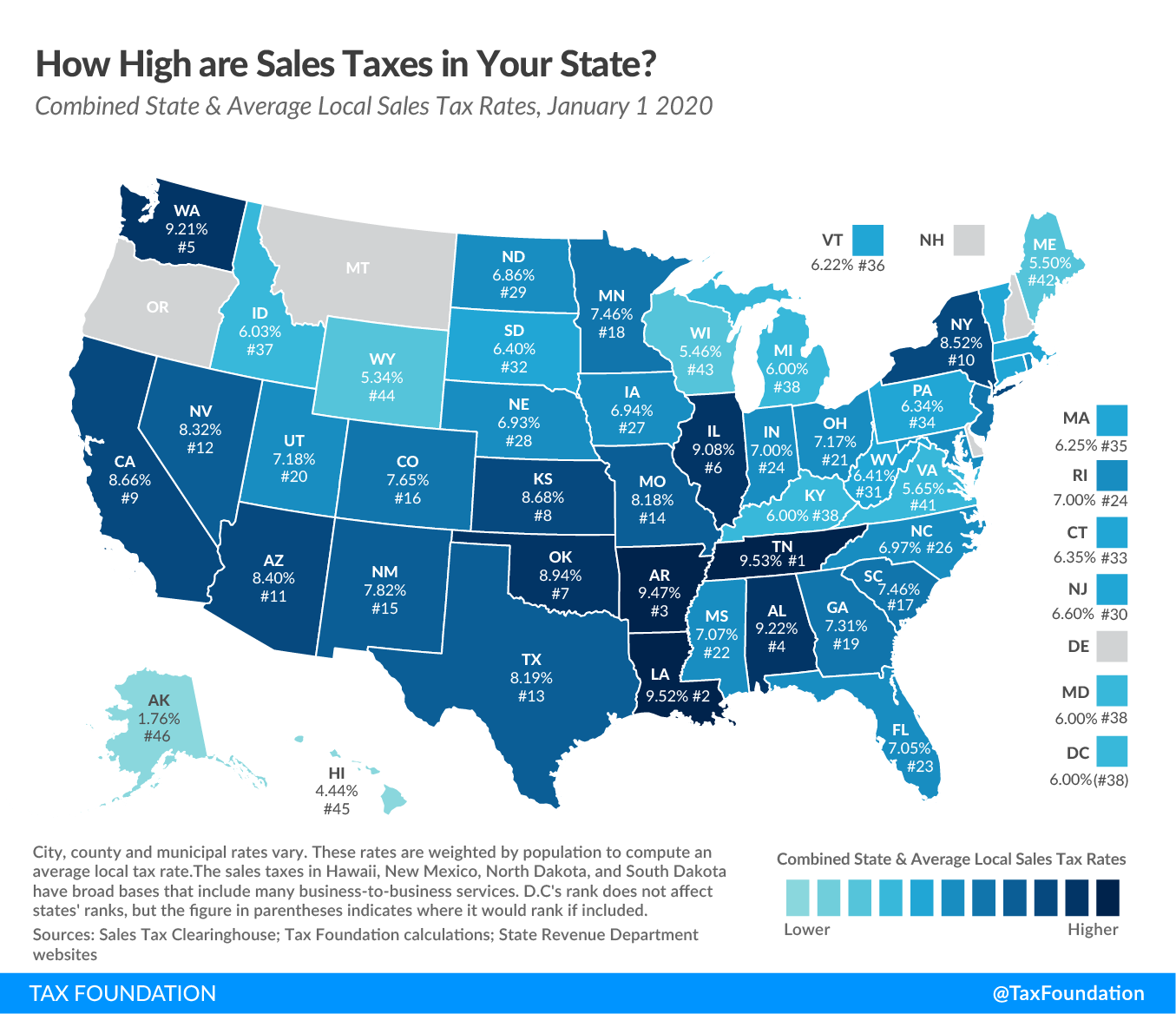 Narrower bases limit the ability to collect necessary revenues. A broader sales tax base provides the opportunity for additional revenue, because there is a larger basket of goods and services to tax. In contrast, exempting items from the sales tax base (whether through policy carveout or federal prohibition) means that the tax rate on taxable items must be higher than it would otherwise be. Broadening the sales tax base to include more services will allow states to raise revenue with lower rates in a more neutral and effective manner.

One argument in favor of the prohibition against taxes on internet access is that it may increase accessibility for low-income Americans. This is a common criticism of the sales tax, because lower-income individuals have lower savings rates and consume a greater share of their income. However, broadening the base to include additional consumer services, more often purchased by wealthier Americans, represents a progressive change.