How High Are Taxes on Recreational Marijuana in Your State?

Tax Policy – How High Are Taxes on Recreational Marijuana in Your State?

As the public grows more supportive of recreational marijuana, states deciding to legalize it must figure out their approach toward taxing cannabis sales.

Eleven states (Alaska, California, Colorado, Illinois, Maine, Michigan, Massachusetts, Nevada, Oregon, Vermont, and Washington) and the District of Columbia have legalized the use and possession of recreational marijuana, but only nine of these jurisdictions have established legal markets for the substance.

Maine legalized recreational marijuana in 2016 and plans to implement a legal market later this year. Similarly, Vermont legalized the substance in early 2018, although the state is still in the process of setting up a legal market and taxing regime. D.C. also allows for the possession and cultivation of marijuana but the District’s relationship with the federal government prohibits the city to spend any funds on establishing a legal market.

The map below highlights the states that have legal markets and levy taxes on recreational marijuana. 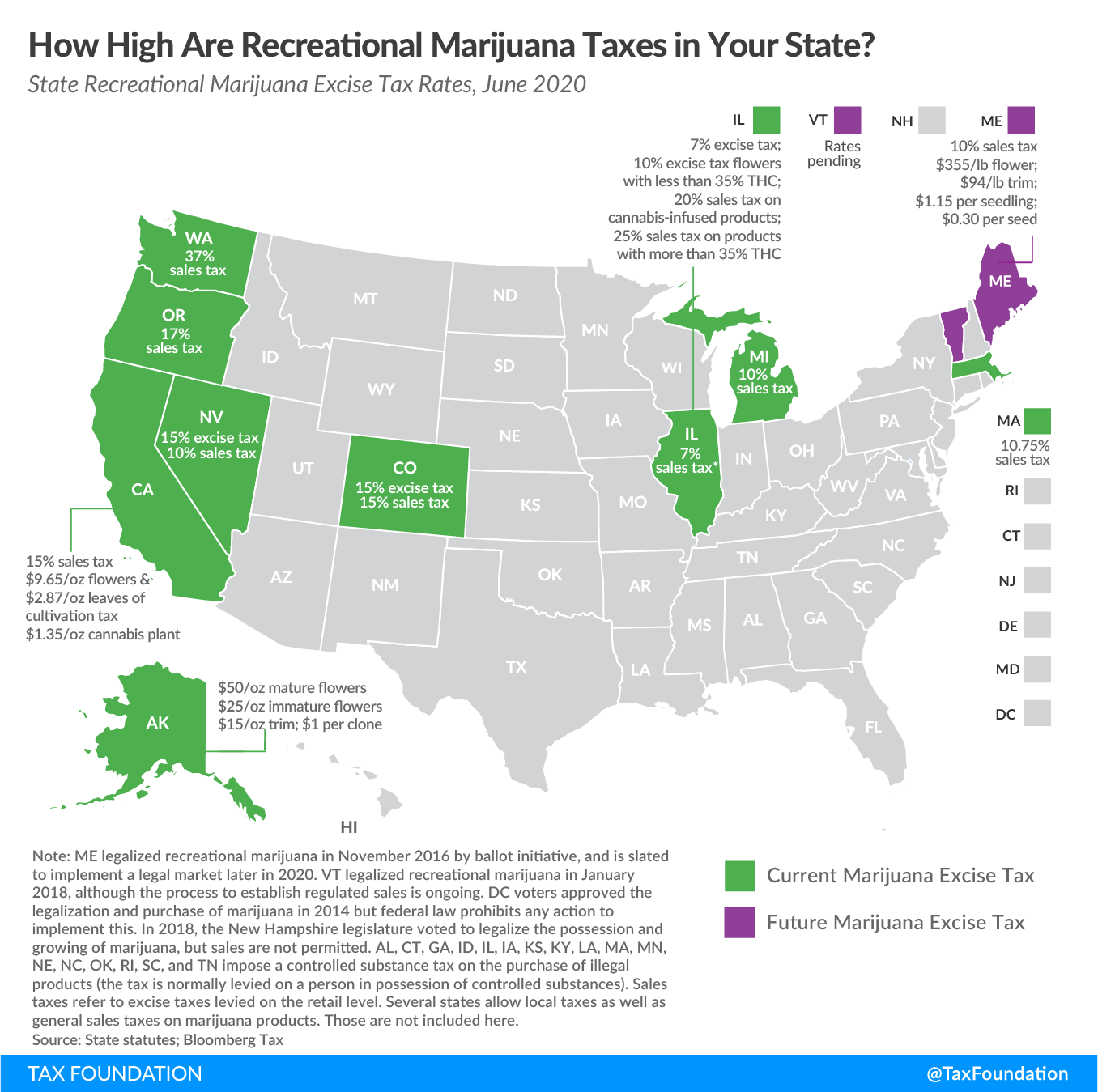 As the map suggests, states have chosen many different methods for taxing marijuana. The multitude of approaches makes any apples-to-apples comparison of rates difficult.

While states differ widely in practice, there are several basic guidelines they should follow when structuring excise taxes on recreational marijuana. These taxes should be levied to target the externalities, not as a general fund revenue tool. When designing excise taxes for recreational marijuana policymakers must balance significant trade-offs: High taxes might limit adoption by minors and non-users but hurt the legal market’s ability to compete with illicit products. Low tax rates better allow conversion from the illicit market but could encourage consumption by minors and non-users. Taxes based on price, weight, and potency all have their own trade-offs, although a potency- and weight-based tax on THC levels may be the best short-term option.

For more discussion on the trade-offs of marijuana tax structures, see our recent report.


Source: Tax Policy – How High Are Taxes on Recreational Marijuana in Your State?